Is My Radio a Standard APX or an XE? 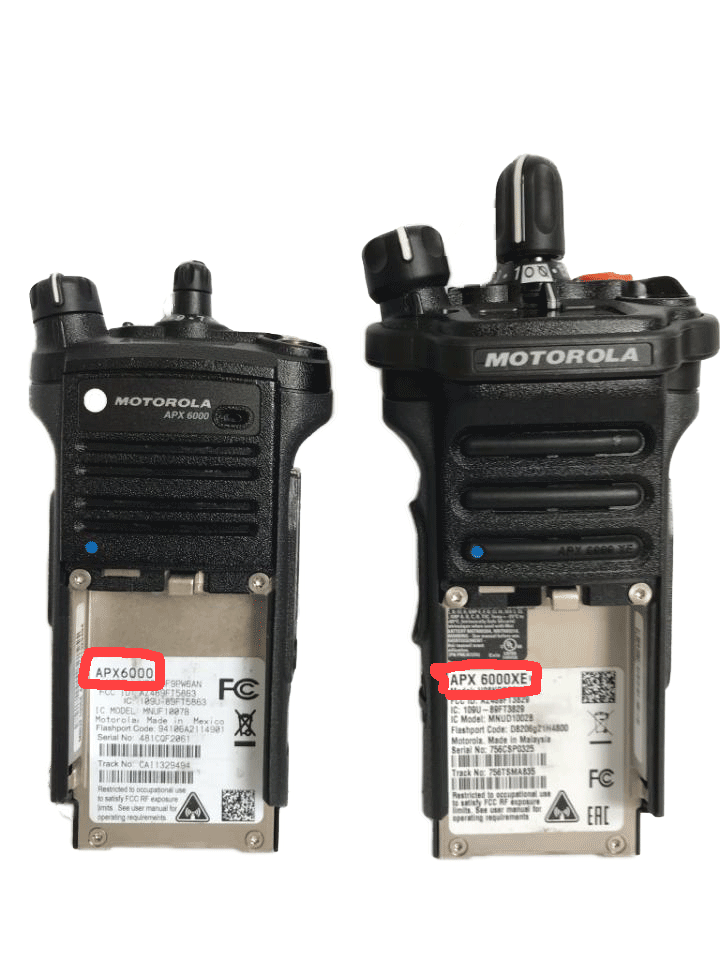 There's an easy way to tell which Talon Radio Carrier is right for you.
Here are some of the differences between the Standard APX (Left) and XE (Right) Radios:
- Standard APX Radios have smaller knobs, especially the channel selector knob. They also don't have a shock absorbing band around the top.
- XE Radios have a large top knob with a thick black band that is designed to act as a shock absorber.
They also have large volume control and channel selector knobs.
If you're still in doubt, the fool proof method of determining which radio you have is to remove the battery pack and look at the labels that are affixed to the radio.